The History of the Convertible 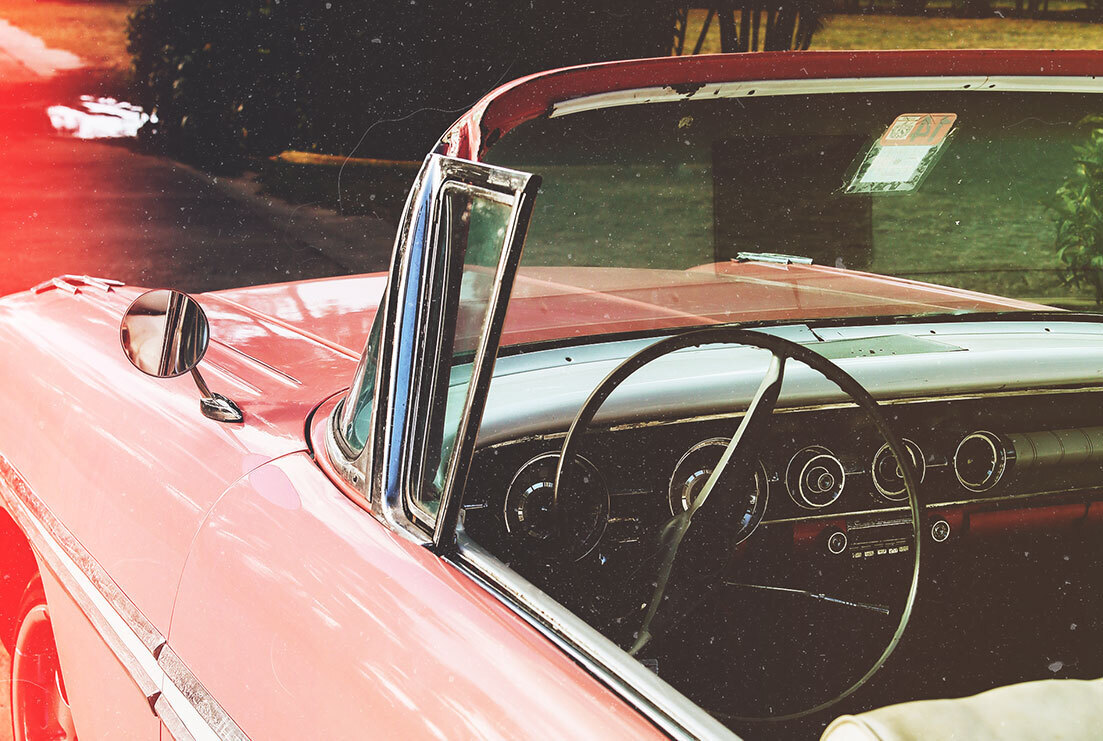 Few things compare to the sensation that comes from riding in a convertible. Picture this: it’s a blue-bird day, the top is down, the sun is shining, and the wind is blowing through your hair as you enjoy a scenic cruise on a winding beachside road. The image elicits a fun, carefree feeling in our minds (and it’s no wonder, so many advertisements feature people enjoying these idealistic moments). But beyond an automotive experience that is synonymous with joy and freedom, there is an exciting history behind the convertible. This article will take a step back in time and explore its evolution throughout the years. Let’s ride…

Fun fact: there was once a time when no cars had roofs. And while we wouldn’t necessarily consider those roofless rigs “convertibles” per se, they did give people a taste of the open-air transportation lifestyle. But the early attempts at convertibles were often noisy and challenging to operate until 1934 when auto manufacturer Peugeot released the 601 Eclipse. This vehicle featured a retractable hardtop with a self-storing roof that disappeared into a rear compartment behind the driver’s seat.

In 1939, Plymouth offered drivers an elevated top-down experience with the first-ever power-operated convertible. With a much less labor-intensive solution, drivers said goodbye to manually operated drop-tops and hello to freedom.

During the 1950s and 1960s, American automakers began manufacturing a wide range of convertible models to meet increased consumer demand after WW2. The challenge? Older designs continued to present issues with window sealing and rattling. The solution? Manufacturers introduced convertibles with full-frame doors and folding fabric tops, which was first seen with the 1950 Nash Rambler. Close on the heels of this new and improved model, and we saw the birth of popular vehicles such as the AMC Rambler American, Studebaker Lark, Packard Caribbean, Oldsmobile 98, and Chrysler Imperial.

That which rises can also fall, which was exactly what happened when the 70’s hit, and the appetite for convertible cars saw a steep decline. But why? Multiple factors contributed to a shift in consumer preference, most notably in-vehicle air conditioning popularized, making fixed-roof cars significantly more comfortable. Sunroofs also started to come into production, allowing consumers to enjoy the open-air feel with the practicality of the fixed-roof vehicle, especially considering increased road speeds also resulted in more noise and wind for top-down drivers.

The end result? After the last 1976 Cadillac Eldorado convertible rolled off of the assembly line, the only convertibles available in North America were from foreign manufacturers.

Thankfully for American convertible lovers, it wasn’t long before domestic manufacturers got back on the bandwagon, with the Chrysler LeBaron and Dodge 400 rejuvenating the market in 1982 with their incredibly well-received models. With soft-top roofs now dominating the market, the ’80s and ’90s produced some of the most iconic convertible models, including the Pontiac Sunbird, Chevy Cavalier Z24, Chevy Camaro IROC-Z, Ford Mustang, and Ford Thunderbird.

In 1989, the convertible community was given the first edition of the MX-5 (known as the Miata in North America). This genuinely timeless car, which is still in production today, went on to become the best-selling convertible of all time, having sold over 1 million units to date.

The automotive industry is ever-evolving, but the presence of convertibles remains steadfast. Automakers such as Ford, GM, BMW, Mazda, Volkswagen, Audi, Mercedes, Porsche, Lexus, MINI, and more continue to produce convertibles today. We don’t see the desire for the incomparable driving experience going anywhere anytime soon. While demand has seen its ups and downs and designs continue to change, as long as those free-spirited driving dreams still exist, convertibles will continue to have a place in the market.